First Count On Yourself

It was a typical single-storey village primary school constructed in "L" shape. The courtyard had a big Banyan tree to the left of the entrance flanked by few other trees.

Every morning the kids would assemble under the shade by forming straight parallel queues and sing a prayer. This would be followed by a pledge and National Anthem. The shrillness of their sound would reverberate across their village homes and fields where parents, busy in daily chores, would nurture the hope that one day their wards would land a good job in life.

Alas! The dreams would soon shed their wings. Many of these dreams would die in their infancy unable to survive beyond middle-school. Why? Because of the lack of skills in English language. Yes, English. Just another language!!

And who would be responsible for this? The Teachers, that's what is told. For decades now!!

The Universal Choice
I used to think there were only three choices if someone were to be in a situation that he disliked:

Apparently I was unaware of another option that in fact is the most prevalent one – Expect someone else to change the situation for you. It has in fact permeated every sphere of our lives.

We are happy simply passing over the buck to someone else. In the office, if I am not getting a pay hike then it is because my boss is biased and doesn't like me. At home, if I can't give time to my family then my office work is to be blamed for. If our kids get low grades then it is due to ineffective teachers. If they no longer listen to us then they have lost all kinds of manners. If our city is not clean then it is to due to the useless municipality or fellow citizens. If there is unruly traffic on the road then others don't know how to drive. If there is corruption then it is due to the system.

It is always THEM. Are we responsible for something? Ever???

The Victim
We are brilliant actors. The role we play the best is – playing a victim. We love to play a victim because it absolves us of any responsibility. The blame never stains our dress. It also grants us the permit to brag about what we might have been able to achieve otherwise.

The Buck Starts With You
For any positive change in circumstances, one must first own the responsibility for change. If you ever tend to blame someone/something for a situation, first have a peek into your own SELF. Reflect upon your own role. Then, and more importantly, reflect upon what you could do to change it because nothing will change unless you strive for it. After all, going through life expecting others to change things for you won't take you far.

Step up. Start counting on YOURSELF!!

As for the village school, only if few educated parents could come forward, improve their own English and then help the kids. They just have to count on themselves first.
Email ThisBlogThis!Share to TwitterShare to FacebookShare to Pinterest
Labels: change, Count, Responsibility
Posted by Unknown at 22:10 No comments:

A Voyage Around the Sun

On 16th May 2014, the largest democracy in the world - India - witnessed the remarkable emergence and installation of a new Government. Close to 551 million voters (more than 60%) went out to vote and exercised their right to choose among available options (candidates). They decided and acted on what they wanted.

What was the outcome for those who didn't vote? Since they CHOSE not to act, they received the "Default" outcome decided by others. Whether they like the outcome now or not, they are stuck with it for next 5 years.

"Default outcome" is what you receive when you don't act.

At the Speed of Earth
I wasn't aware of the word "Default" until my college days. Later, it turned out to be one of the most commonly used words in my professional life. Of course most of us know what it means. But have you ever considered what it potentially could reveal and convey when applied to your life?

If you are like me then your New Year is ushered in with a bang of "Happy New Year". The night brims with life and bliss as we dance, drink and celebrate the first dawn of every New Year. In hindsight, the year in the rear view almost always seems to have cruised past us. We wonder and even remark how quickly it slipped by. Leaving behind an ever-growing pile of "Dreams and Desires"!!

Now on the first morning, as the hangover subsides and the eardrum vibrations diminish, we step into the New Year only to plump down in the lap of routine-life moments later. Consumed by its perennial rut, we embark upon yet another trip around the sun, just like dozens or scores before, hurtling at an amazing 30 km/sec in space. The destination? Of course no clue!!

The Next Default Trip
For a moment close your eyes. Imagine you are standing above and outside the earth in space. Pause your journey and think about what "Default" means for your life as you watch the blue marble.

What default results would your life lead to at the end if you don't act on your dreams? Is that what you desire?

Here is what Cambridge dictionary states DEFAULT means:- "The thing that exists or happens if you do not change it intentionally by performing an action". Another dictionary states: "Failure to act; inaction or neglect".

Do you want a DEFAULT outcome – an outcome not decided by you? 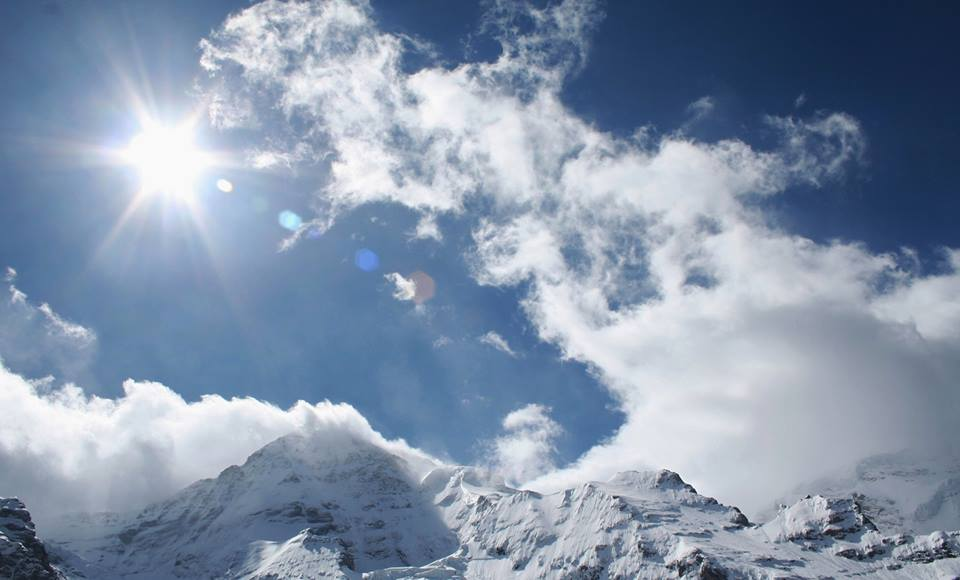 If no then the time to act is now. Challenge the DEFAULT, the status quo in your life. Otherwise, you are just 7 months away from another trip around the sun. The Next Hurrah or rather The Next Default Trip!!

Good Morning!! Aren't these wonderful words? In fact, these might be the first two words your loved ones get to hear from you every morning. And so does the rest of your universe - colleagues, friends and customers. On the flip side, these also are the first words you get to hear from them.

The Joy of Being Welcomed
The big 'checkered-floor' training room on the 2nd floor was full of computers that were arranged along its three sides. A projector lay in the middle facing the fourth. For next one month, this would be the seating and training area for a batch of 30+ young professionals raring to dive into the corporate world. And I just happened to be one among them.

On our very first day, as I swung open the door, a brisk animated voice greeted me from the far end of the room. "Good Morning, Vinod". It caught me completely unaware (or rather like a deer in front of the headlights). It was so unique and invigorating simply due to its joyful tone. Somewhat startled, I looked up in its direction to spot the person. It was Sanil, Sanil Pillai, with a twinkle in his eyes that were fixed on me. He had a big smile on his face while his fingers continued playing with the keys. 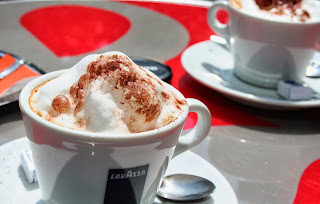 I had never been 'accorded' such a welcome-greeting before to a day in my life. I really didn't know how to react and could barely muster a soft response. It took me few days to get used to such an energetic and lively 'welcome'. For next one year, until he quit, Sanil would welcome everyone with the same zeal and zest. But by then, it had rubbed on me too. The fact that I remember the moment even after a decade and a half shows how much it has impacted me. Besides, it also pushed me to respond with equal zest.

Bright Sunshine
Have you ever observed HOW do you greet another person into a new day? A day of their life that they are about to spend with you?

Do you greet them with a DRY welcome - engrossed in your preoccupation, no smile, no eye-contact and the words stretching themselves hard to reach the person? OR Do you greet them with a WARM welcome - shine in your eyes, a smile on the face and exuding LIFE. Does your "Good Morning" play like a subdued-note OR sounds like a chime? Does the tone of your voice cheer them up? Does it fill them with energy and excitement?

If you still don't know then just think about this - How different is your "Good Morning" from your "Good Night"?

Bright Sunshine - that's what "Good Morning" stands for. Wish them abundance of it. With your complete presence! The way Sanil does!! Until next morning!!!
Email ThisBlogThis!Share to TwitterShare to FacebookShare to Pinterest
Labels: greeting, sunshine, universe, welcome
Posted by Unknown at 09:43 No comments: